by DBMcCann
So, after waiting and waiting (and pestering the shit out of Curtis) .... the mongoose is here.

5:1 VK nose, 24" payload, 48" booster. Some extra bits to make motor retention... I think I'll skip that part. Tubes came covered in dust. In the typical process of bathing the tubes to clean them up. 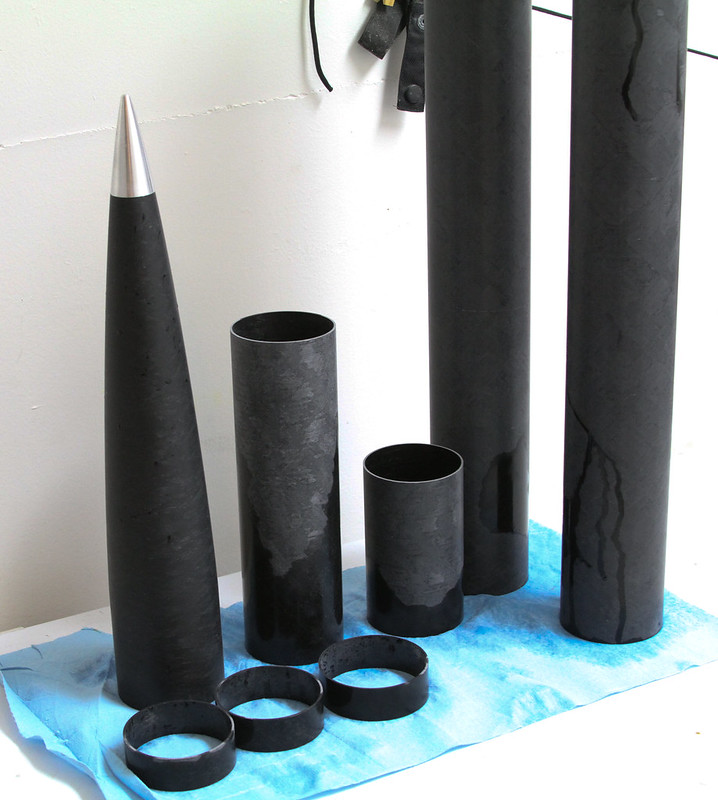 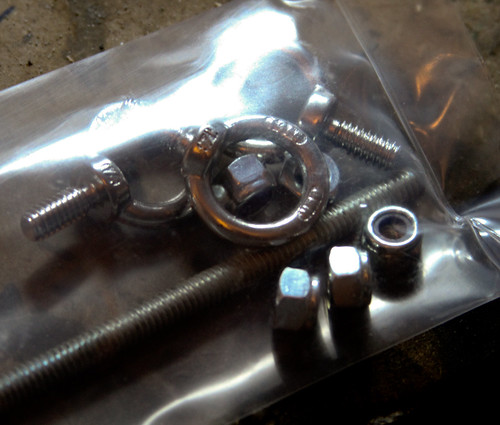 Two av-bay lids, an airframe BP and a coupler BP

typical tape crap all over the fins

I guess this is beveled... Time to bust out the belt sander.

I had to take the kit without a fin jig, such is life. I'll make something.

by Alexander
Awesome, looking forward to seeing it complete.

by patelldp
Sucks to see the quality and service from Rocketry Warehouse suffering so badly. Those fin bevels are ugly and their service is uglier.

by DBMcCann
Yea, it's a sad state of fiberglass rocketry. Service and quality are in the crapper. Madcow still has good service, and I've gotten good quality... but the designs don't always do it for me. Longer boosters, thicker fins, and full length slots would be nice.

by SMS Engineering
Try Mac performance rocketry . You will never be disappointed .

by DBMcCann
I agree, I was quite impressed with my Villain.

I'm excited to see he's getting in some 54mm body tubes. Should be some interesting flights on 38/1200's

by Alexander
Any updates to this build?

by DBMcCann
still figuring out how I want to fix the fins. Then I need to order a fin guide from Nat.

decided it was time to buy a house, so stalled on building right now.

by Alexander
Yeah those fins were not well tapered. I got an email that rocketry warehouse is under new management by madcow rocketry.

Yeah a house would be nice. Look for one with a big garage.
All times are UTC-05:00
Page 1 of 1
Powered by phpBB® Forum Software © phpBB Limited
https://www.phpbb.com/